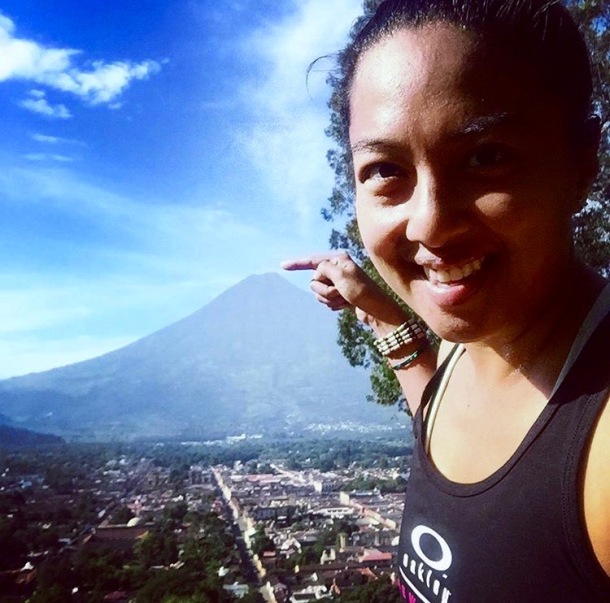 Even when I’m not officially training for a race, somehow I find myself lacing up my shoes and going on runs. I enjoy running so much I’ll even travel out of town (even out of the country) for races. While other travelers probably just wanna chill, enjoy drinks on the beach and explore the sights, I’m that nerd re-arranging my vacation schedule to make sure I’m not hungover the night before my race, studying the elevation shifts and memorizing the major landmarks on the race course.

Because of this love for running (and coffee), I somehow ended up signing up for a 10K race in Antigua, Guatemala without any training.  I stumbled across a booth promoting a 10K nighttime race happening later that evening. If you signed up for the race, you also got a free espresso drink at Bella Vista Cafe. That’s all you have to do to convince me to run a race- single source Guatemalan coffee. (Why am I such a hooker for coffee?) I was fairly new in town, and I figured I may as well add the experience of running a race to my Latin American bucket list.

What did I sign myself up for? Is this a 10k race or a damn electronica rave?!?!?

Not only did they hand me my voucher for a free espresso drink, my race’s swag bag also had: a headlamp with batteries, a blinking Hanna Montana necklace, and a ton of glow sticks. The race organizers told me it was important that I wear my headlight and put on my bright yellow race shirt. Unfamiliar streets with uneven cobblestones in the dark was a formula for the perfect storm. I figured just as long as I did not eat it on the uneven roads or get lost in the outskirts of town, I’d be okay.

A few hours later after some light rain showers, I made my way to the pre-race festivities. I’ll have to admit. The Guatemalan road runners really know how to have a good time. There was a DJ blasting electronica music. As the bass kept booming, racers were jumping around, dancing and waving around their neon glowsticks. It was not just young people getting into the groove. I remember one older man standing next to me smiling, eyes closed and dancing his ass off like we were at an underground party in Berlin. Eventually, the DJ played the Guatemalan national anthem. Between the raging of EDM and listening to the unending Guatemalan national anthem, I thought our pre-gaming would NEVER end.

Always game for an adventure, I like to consider myself someone who knows how to have a good time, but damn, I have never ever seen so much excitement before at a race. I really felt like I was the only super lame and serious American in a huge crowd of Guatemaltecos. Not knowing what this race was really going to entail, I was secretly saving up all my energy for the run, keeping my mouth shut and not dancing at all. I did my usual pre-race warm-up sprints and stretches. 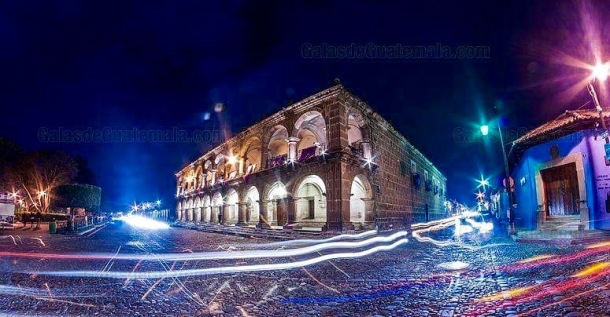 With the unfamiliarity, bumpiness, and darkness, I learned pretty quickly that I couldn’t just look straight ahead, pump my arms and coast. I secretly wished I had some experience in parkour since most of my road races have been flat and fast. I was thankful for the headlamp since the light rain showers before the rain made the streets slick. Whenever I had access to a sidewalk, I used it because I was more efficient with my strides on flat surfaces verses the bumpy streets. Because of my unfamiliarity of my surroundings, it motivated me to run even faster so I could keep up. I sure as hell did not want to end up being left alone on some dark street wondering where the next turn was.

Eventually, the race course got us outside of Antigua onto flat paved roads. Since I finally got my bearings recognizing major landmarks and mile-markers, I decided I needed to take advantage of the flat surfaces and started passing up runners. I also wanted to pick up the pace to make up for being so cautious in the first 2-3 miles of the race. Making up for lost time, I was able to slowly and methodically pass up runners. Occasionally, I started high-fiving little Guatemalan kids who were cheering us on and found my rhythm. My legs were no longer heavy and started to feel like they were floating.

The path back into town was much easier for me, and I got bolder on the cobblestones and sidewalks aggressively hopping up on the sidewalks and jumping over random potholes like I was Super Mario. I was happy to hear the EDM music as I turned the curve to get to the finish line. This race only had what I considered serious runners. There were no dog walkers, no baby joggers, and no casual joggers. Considering the typically mountainous terrains in the area, I guess it takes a particular dedication to want to be a road runner in Guatemala.

I was shocked to see that my final finishing time was 56 minutes especially considering I did not train for the race. I hung around the finish line so I could cheer on other racers, but honestly, the last runner crossed the finish line at 75 minutes. This was definitely the quickest and rowdiest race I have ever participated in.